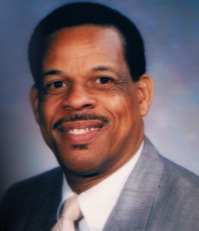 Brother Aaron Day, Sr.
The late, Brother Aaron Day, Sr., along with a few other faithful Christians, stepped out on faith and began meeting at the Holiday Inn off of Interstate 35 in DeSoto. Much to Brother Day’s surprise, there was over 60 members in attendance that Sunday morning.

In 1982 the Cliff View Church of Christ was organized. Brother Day served as the only senior minister of Cliff View until his call to glory on December 2nd, 2002. Under his great leadership & guidance Cliff View was blessed to achieve many spiritual and community accomplishments. Listed below are just a few: